The AIM shares that will keep profiting from election result 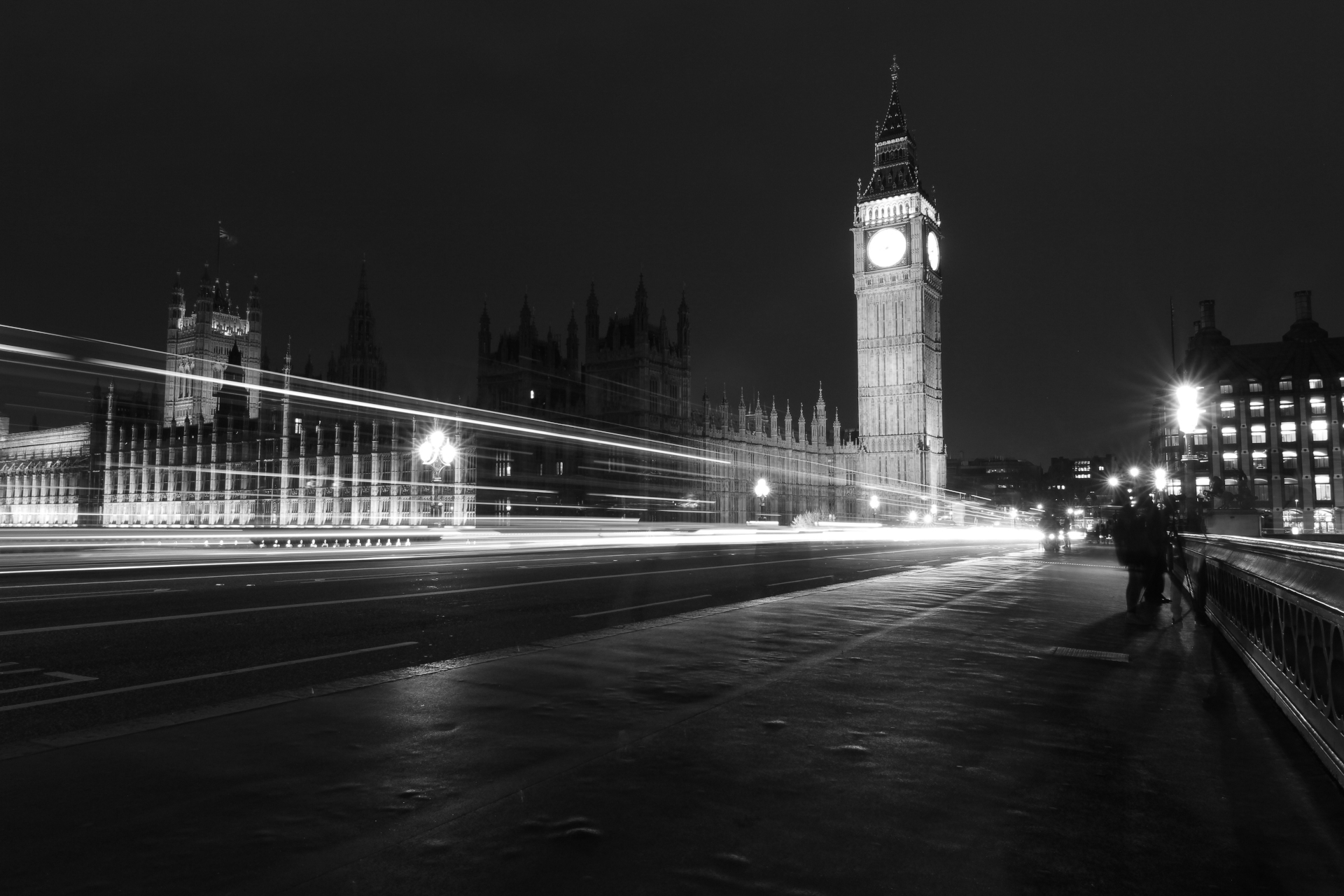 The AIM shares that will keep profiting from election result

AIM has been a beneficiary of the stock market bounce provided by the 2019 General Election result, with the FTSE AIM All Share index rising by nearly 8% since the outcome was announced. The market liked the relative certainty that the large Conservative majority provided.

The AIM All Share has slightly outperformed the FTSE AIM 100 index, while the FTSE AIM UK 50 index has risen by just over 6%. The recent Fevertree Drinks profits warning may have hampered the other two measures because of its high weighting in both.

More than 500 out of 849 AIM companies have risen in value since the General Election. This does not include companies that have left AIM, or where trading in the shares is suspended. That is why the number is slightly lower than the total number of companies on AIM.

The AIM oil and gas sector is around 9% ahead and mining about 8%. Property and technology have each risen by around 10%, while travel and leisure is 14% higher.

Financials is a laggard with a 3% increase, while industrials were 6% ahead.

Some sectors are difficult to assess because they have a handful of constituents or are dominated by one or two companies. For example, the recent profit warning from Fevertree (LSE:FEVR) means that the food and beverages sector has fallen by 15%. Retail is 10% ahead due mainly to Boohoo (LSE:BOO), with some help from ASOS (LSE:ASC).

A sector that has done particularly well over the past seven weeks is construction. The AIM sector index has risen by one-fifth since the election. The personal and household goods sector, which includes housebuilders, has risen by 16%. Housebuilders are a small proportion of the sector so they will not have much influence on the movement because it includes the likes of floorcoverings manufacturer Victoria (LSE:VCP) and Churchill China (LSE:CHH).

The mood is upbeat and there is hope that there will be a bounce in construction activity. Construction volumes are thought to have declined in the fourth quarter of 2019, although the weather may have been partly to blame. Property adviser Savills (LSE:SVS)says that there was a strong close to the year in housing and commercial activities.

Infrastructure projects have been flagged as a priority by the government even if HS2 rail is still up in the air.

The increased demand should be good news for building materials and aggregates suppliers such as Breedon (LSE:BREE), where the share price has risen by one-third, helped by an earnings-enhancing acquisition.

Building products supplier Alumasc (LSE:ALU), which is one of my 2020 recommendations, has risen by 36% since the election and by more than one-fifth since the recommendation. It is still trading on a prospective multiple of less than seven.

Building materials supplier SigmaRoc (LSE:SRC) had a jump in its share price from 11th December and then the share price settled down at around 51p. That means it has risen 7.5% since the election or 13.5% from the day before. That is not as sharp a rise as many other companies.

SigmaRoc supplies aggregates and precast concrete products. The deals done by SigmaRoc during 2019 will pay off in 2020. A dip in earnings to 3p a share is forecast for 2019 because of the additional shares issued, but this year they are expected to jump to 4.4p a share. That means that SigmaRoc is trading on less than 12 times prospective 2020 earnings. That is modest considering the potential for the existing business and other acquisitions.

Michelmersh Brick (LSE:MBH) traded in line with expectations in 2019. Supply of bricks is limited in the UK so greater demand, particularly from housebuilders, could lead to improving sales prices and better margins. The Belgian business could also supply the UK.

The share price rose 58% in 2019 and after a further rise it has fallen back, although it is still 11% higher since the election. The shares are trading on 16 times prospective earnings. Little earnings growth is currently expected in 2020, but an upturn in the market could lead to upgrades.

Brickability (LSE:BRCK) was one of the few companies to brave an AIM flotation last year. The share price has risen by 17% since 12 December and it is 16% above the placing price of 65p. At 75.25p, the shares are trading on 12 times prospective earnings, falling to 10 next year.

Bridgend-based Brickability supplies bricks from UK and European manufacturers. Good relationships with manufacturers helps Brickability obtain bricks even when they are in short supply. Customers can get better value by going through an intermediary rather than directly to the manufacturer. In recent years, Brickability has diversified its offering to include roof, flooring and other building products.

Piling and ground engineering services provider Van Elle (LSE:VANL) has a poor track record on AIM and the latest interims led to a forecast dividend downgrade. It is UK-focused and has business covering housing, roads, rail and commercial sectors.

Van Elle is a business that has been hit by declines in demand for its services and better markets will help in its recovery. In order to meet Peel Hunt’s full year pre-tax profit forecast of £4 million, down from £4.7 million the previous year, it will have to make 73% of that figure in the second half. The share price has risen by 36%, but the prospective multiple is 13, which reflects the concern that forecasts may not be met.

New build housing is showing signs of recovery following weakness in the second half of 2019. Housebuilders are reducing the incentives they are offering to buyers. The headline prices are staying the same, but the net price after incentives is edging up.

Although RICS was still reporting a net balance for prices at -2% that was down from -11% previously. Halifax reported a monthly gain of 1.7% in December and 4% over the whole of 2019. Nationwide reported 1.4% growth, which the highest rate it has been for more than one year.

It appears that house prices in the North and Midlands are doing the best with London and the South East still more subdued.

There is little to choose from in terms of AIM housebuilders. Watkin Jones (LSE:WJG)specialises in the student accommodation and private rental sector, while Trafalgar Property is small and has significant borrowings.

Springfield has a significant landbank, boosted by acquisitions, and its village project developments are spread out over a number of years. The Scottish housing market has been stronger than in other parts of the UK.

The prospective multiple is 10, falling to nine next year. I would argue that a multiple around that level for a housebuilder is probably generally fair. However, given the potential growth at this point in the cycle it is an attractive valuation.

Abbey (LSE:ABBY) is based in Ireland, but it does have significant UK housebuilding interests. It has been building a higher proportion of affordable homes in the UK because they are easier to sell. The share price has risen by 12%.

Activity in housing sales appears to have been boosted as well with low interest rates set to be the norm for a while yet. The housing market is dependent on activity in the spring, so strong figures at the turn of the year provide limited indication. It does appear that the market is perking up, though.

Franchised estate agency chain M Winkworth (LSE:WINK) says sales and lettings applications have “risen sharply”. It expects this to turn into increased activity over the next few months.

Winkworth is London-focused business and it provides an indication that the market is improving in the region. Because it is a franchise business it has low fixed costs. Therefore, an upturn in fees from franchisees should mainly fall through to profit. Even after a 16% share price rise the yield is 4.8%.

The ULS Technology (LSE:ULS) share price has risen by one-third in recent weeks on hopes that the greater activity in the housing market will eventually lead to more demand for conveyancing.

The conveyancing division of NAHL (LSE:NAH) has been a drag on the business, while it also copes with changes to its core market in personal injury claims. Until December, conveyancing services were expected to make a £700,000 profit contribution, but that has been downgraded to a small loss.

A further improvement in group profit is anticipated for NAHL in 2020 and that swing from less than £15 million to £17.5 million could be greater if the conveyancing business starts to make a profit again. The dividend strategy is to pay 50% of underlying post-tax earnings in dividend, so that could provide a boost to a yield that is already likely to be around 8% in 2020 at the current share price, which has fallen by one-fifth since the election.

A further trading statement is anticipated from NAHL so it might be best to wait until that is published and see what forecast changes are made before making an investment decision.