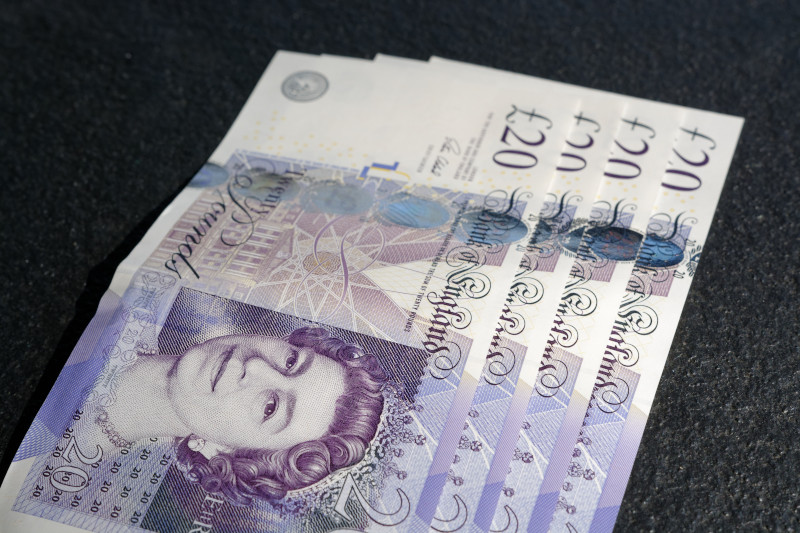 Sterling has been weak since Boris Johnson became Prime Minister, but it was also languishing before that. Smaller companies tend to be viewed as dependent on the UK economy, and that is true of some AIM stocks, but there are plenty of examples of AIM companies that have thriving international businesses.

Tristel (LSE:TSTL) manufactures and sells disinfection and infection control products. The core product range is based on chlorine dioxide technology. Tristel generates the majority of its revenues from outside of the UK with Germany its largest market.

In the year to June 2018, the UK still accounted for 49% of revenues, but Tristel subsequently acquired Ecomed, the distributor for Belgium, Luxembourg and France. Revenues were £26 million in the latest 12 months and 55% came from overseas, even though UK revenues increased by 9%.

Tristel has just acquired the 80% that it did not own in the Italian distributor of its products, so those figures will be consolidated this year. The business generated revenues of €700,000 in the most recent financial year, but there is some double counting for products sold by Tristel to the company so it will not add that much to the group revenues.

However, the sales team is being boosted and the deal should be earnings enhancing next year.

Longer-term, there is significant potential for sales in the US, but Tristel still has to get over regulatory hurdles. A usability and human factors pilot has been completed for the FDA and the company is awaiting its response before undertaking other information gathering. It has taken longer than expected to gain US approvals, but hopefully it will be worth it in the end.

This is a cash generative business with net cash of £4.2 million at the end of June 2019. The dividend is set to be increased from 4.6p a share to 5.3p a share – a yield of 1.8%. There have been special dividends when the cash pile is too high.

The full-year figures will be reported in mid-October. Pre-tax profit of £5.5 million is forecast, rising to £6.5 million next year. The shares are trading on 24 times prospective earnings for 2019-20. That is not cheap, but Tristel has a good long-term track record.

IMImobile (LSE:IMO) increased its exposure to North America through the acquisition of 3CInteractive for US$53.2 million (£42.8million) and this also enhances the group's position in Rich Communication Services, which are effectively interactive text messages. A placing raised £15 million at 310p a share to help to finance the deal.

The cloud and mobile services and software provider has developed its own technology focused on larger businesses and enables them to interact with consumers. It can be used for bank account notifications, delivery notifications or chat services, amongst other things.

The group currently breaks down its business between Europe and Americas, which generates the majority of gross profit, Middle East/Africa and India and south east Asia. Americas is likely to be split into a separate division following the acquisition.

IMImobile increased total revenues by 28% to £142.7 million in the year to March 2019, with organic growth of 14% on a constant currency basis.

IMImobile is a growing and cash generative business. The wide international exposure means that weakness in one market will not unduly hamper growth. The shares are trading on less than 20 times prospective earnings, falling to under 17 next year. That is not dear for a business in a growth market.

IPTV hardware and software supplier Amino Technologies (LSE:AMO) has always been an international business and the location of its revenues can vary significantly from one year to another. It depends on where the contracts are won.

North America has generated the majority of revenues in each of the past two years, although Europe generated a higher share of revenues last year.

The strategy is to sell more higher margin software. Last month, Amino acquired 24i Media for €21.4 million (€16m cash, €3.3m in shares and €2.1m conditional on management staying with the business).

The business provides apps for delivering TV programming and it will boost the revenues coming from software. Amino will collaborate with 24i to develop MOBITV, which is an app-based pay TV video streaming platform that can be used on existing devices.

Net cash will be $4.8 million at the end of November 2019 and then it will start to build up again. The shares are trading on 11 times 2018-19 prospective earnings. The yield based on an unchanged dividend is more than 6%.

Keywords Studios (LSE:KWS) has been one of the stars of AIM. It has used the AIM quotation to be an international consolidator of the video games services sector. Demand for the company’s services is strong and the first half of 2019 was better than anticipated.

The UK generated less than 10% of last year's revenues of €251 million. Canada was the biggest source of revenues at just under 30%, followed by the US and Ireland. Switzerland was nearly as big a part of the business as the UK and China will become more important in the future.

Keywords reported 2018 underlying pre-tax profit in line with expectations at €37.9 million, up from €23 million.

Despite the acquisitive nature of the business, earnings per share increased by 53% to €0.4775. That shows it is not just about issuing shares to fund acquisitions without worrying how dilutive the deals are.

There was net debt of €400,000 at the end of 2018. The business is cash generative and the net debt figure at the end of this year will depend on how many acquisitions are made, but it is likely to be slightly higher.

Earnings could grow by around 18% this year, although this could be enhanced by further acquisitions. The share price has recovered much of the ground it lost last autumn and early this year. That means the prospective multiple is around 33, which reflects the track record.

Since its flotation on AIM in 2012, pharma services provider Clinigen (LSE:CLIN) has been highly acquisitive and it is one of the ten largest companies on AIM. Clinigen provides treatments for clinical trials, unlicensed medicines and its own specialist pharma products.

Clinigen expects to report a 19% increase in revenues in the year to June 2019, while gross profit is at least 30% ahead thanks to the growth of higher margin specialist pharma sales. This is proof of the strategy to build up a portfolio of drugs because sales of anti-viral Foscavir, which has historically dominated the division, have come under pressure.

Earlier this year, Clinigen acquired the US rights to Proleukin for up to $210 million. Proleukin is a treatment for metastatic melanoma and metastatic renal cell carcinoma and it is being used in studies for other diseases as part of cancer combination therapies.

The deal will add 25% to earnings in the first full financial year. Clinigen already owns the rights for the rest of the world.

Like the other companies in this article, Clinigen is a strong cash generator. Debt appears high following recent acquisitions, but this should reduce rapidly over the next two or three years.

The preliminary results will be published on 19 September. The expected multiple on those figures is around 37, which reflects the strong market position of Clinigen.

Cello Health (LSE:CLL) is a marketing services business that has chosen to focus on the pharma and biotech market. The non-pharma operations are in the UK.

Cello is predominantly focused on the US because its core customer base is there, but it has significant revenues in other parts of the world, partly via US customers. In 2018, nearly four-fifths of group revenues were outside the UK.

In its latest trading statement, Cello said it benefited from the weakness of the pound against the dollar in the first half - before the latest decline. All the growth is coming from the health division. A new office has been opened in Berlin.

Pre-tax profit is expected to rise from £12.2 million to £12.8 million this year - and there could be scope for an upgrade later in the year.

Acquisitions could also enhance earnings. Net cash is expected to be £8 million by the end of 2019 and Cello has consistently grown its dividend. The shares are trading on just over 13 times prospective 2019 earnings, which is much lower than its US peer group.