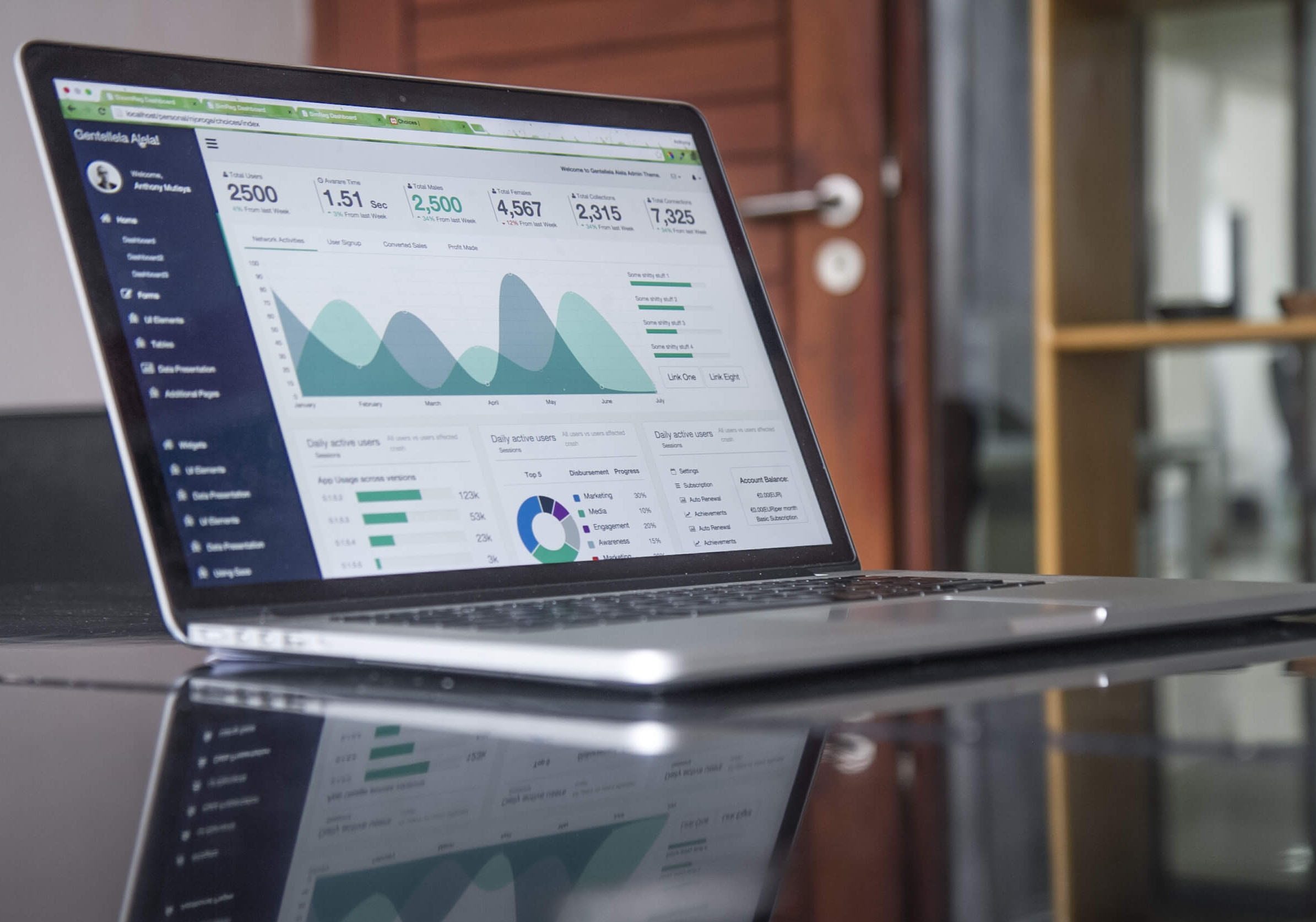 Provided to you by

Six months after launch, former AIM writer of the year Andrew Hore's portfolio of AIM tips is beating the market. One share is up 47%!

Choosing the AIM share recommendations for 2019 was difficult because of the uncertain outlook for the UK. At that time, it seemed that we would have finalised our departure from the European Union by the end of March, which should have made prospects clearer.

No such luck. There is as much uncertainty as ever. Fortunately, many of the 2019 AIM portfolio constituents are not dependent on the underlying UK economy. They are either more affected by international sales and prospects, or they have work that is defence-related or in other areas not directly linked to the economy.

The UK stock market has recovered in the first half of 2019, following a poor fourth quarter of last year. AIM has risen by 7% so far this year, with the AIM 50 index 10.8% ahead in the first six months – a slightly better performance than the FTSE 100 index, up 10.4% by 30 June.

However, our five AIM recommendations are nearly 13% higher on average, even though two have fallen this year, one quite heavily. This clearly demonstrates the advantage of spreading your risk, especially on more volatile small-cap markets.

Here are updates of each company's progress.

Location Sciences (LSE:LSAI) has been the star performer in the first half. Of course, in previous years some companies have lost their gains in the second half, but Location Sciences is progressing well. The data intelligence firm has done deals with UK-based media agency 7stars and SITO Mobile, which will use the Verify platform to verify the accuracy and effectiveness of their data. A deal with JC Decaux UK takes the company's location data services into the outdoor advertising market.

Location Sciences uses machine learning to provide intelligence and location data and services for brands so that they can accurately understand their customer base. The core product is Verify, which can analyse whether an advertiser is getting what it is paying for in terms of access to real people.

The US is key to the success of Verify and it is still early days. There should be more news about progress in the US during the second half and that could give a further boost to the share price.

Share-based management incentives are based on significant rises in the share price. The first target is 4.8p a share (more than double the original recommendation price), followed by 7.3p a share and then 9.7p a share.

Location Sciences is likely to lose money this year, but cash is being conserved and there is no need for any more fundraisings to execute the current strategy. A pre-tax profit of £1.78 million is expected next year, which would put the shares on a forward price/earnings (PE) multiple of seven.

The completion of the sale of the renewable energy products business Greenlane Biogas to TSX Venture Exchange-quoted Canadian company Creation Capital, has sparked a recovery in the share price. This deal was announced at the end of last year. It helps to reduce debt and remove a cash hungry business from the group. Earlier in the year, the share price had fallen, but there has been a sharp recovery in the past three months.

The company can focus on its Chesterfield Special Cylinders and Precision Machined Components divisions. Chief executive Chris Walters joined the board last September. He is focusing on improving sales and manufacturing efficiency, which includes investment in capital equipment. This is an operationally geared business and operating margin is well below the 14.8% achieved in 2013-14.

Pressure Technologies (LSE:PRES) has always been a cyclical business, particularly because oil and gas is an important sector. That work is building up.

There are prospects for the sale of cylinders for hydrogen storage and this would broaden the customer base. A negative, is an ongoing health and safety case.

AIM-quoted Gresham House Strategic (LSE:GHS) and related funds have a 19% stake in Pressure Technologies. It is a long-term, strategic investor and effectively a close-ended fund, so no worries about its investors asking for money back and it having to sell stakes. Gresham House Strategic can appreciate the significant upside potential as the new chief executive's improvements bear fruit.

A small profit was reported in the latest interims. Analysts at N+1 Singer forecast an improvement in underlying pre-tax profit from £650,000 to £1.8 million in the year to September 2019. The shares are trading on 14 times prospective 2018-19 earnings with more profit recovery to come.

TP Group (LSE:TPG) has spent some of its cash pile in the first half, but it is still broadly intact. The logic behind this recommendation was the use of the cash would boost earnings as profitable businesses are paid for in cash that generates little income.

TPG spent an initial €10 million in cash and €1.5 million in shares for the earnings enhancing acquisition of space and defence consultancy Sapienza Consulting. Up to €2 million more can become payable dependent on the delivery of transition activities. This deal increases exposure to Europe and moves the company into the space sector, where management already has experience. Last year, Sapienza made a pre-tax profit of €700,000 on revenues of €18.9 million.

TPG continues to win defence orders. The latest is a £16.9 million UK order and this should be completed by the end of 2021. TPG has also secured a nine-year licence agreement for Batelle Inc's SAMMS nanomaterial, which can be used in carbon dioxide removal equipment.

Net cash was £16.5 million at the end of 2018 and there should still be around £10 million by the end of 2019. The shares are trading on 23 times prospective 2019 earnings, falling to 17 next year – with the prospect of a faster decline if more earnings enhancing acquisitions are made.

Construction dispute and expert witness services provider Driver Group (LSE:DRV) has been the disappointment of the five companies. Problems in the Middle East and Asia Pacific have led to lower utilisation levels and held back the business. There were delays in new business to replace contracts that came to an end. The UK and Europe have performed well.

Costs have been reduced in line with lower trading levels. This will help the second-half performance to be stronger and utilisation levels to improve. There are high enquiry levels, but these need to be turned into work. It appears the first half problem is a timing issue and the prospects remain good.

Driver has a share buy-back policy and, if the share price drifts lower than the current level, then it is likely to mop up more shares. This means that there should be a floor on the share price unless there are more nasty surprises in the second half.

Cash generation remains strong, allowing the share buy backs and a growing dividend. Net cash is likely to edge up to £7.2 million by September 2019, after spending around £1 million on dividends and share buy backs. The dividend is expected to be doubled to 1p a share this year.

Expectations appear to be set at a realistic level, after a couple of downgrades this year. Underlying pre-tax profit is expected to decline from £3.8 million to £3.3 million in the year to September 2019 (six months ago it was £4.4 million), which is still one-third higher than in 2016-17. The shares are trading on less than 13 times prospective earnings. Not dear considering the international growth prospects and cash generation.

Technology company adviser and developer Frontier IP (LSE:FIPP) is still trading around the share price level at the end of 2018. Individual investee companies have made progress, but there has been no news that has sparked a sharp rise in the price.

In the six months to December 2018, the net asset value (NAV) improved from 33.2p a share to 38.8p a share. Valuations are either at cost or are conservative estimates.

Topps Tiles (LSE:TPT) subsidiary Parkside Architectural Tiles is launching a range of sustainable tiles made by Alusid, which is 35.6%-owned by Frontier IP. Alusid makes tiles and other products from ceramic and glass waste. The tiles are being sold under the Sequel brand and they have gained some media attention following Clerkenwell Design Week. The manufacturing technology uses less energy than the manufacture of new tiles. Alusid is seeking to raise cash to invest in a new facility and potential sites have been identified.

The latest investee company announcement was from AI drug discovery technology provider Exscientia, although Frontier IP only owns 3.32% of this company. Exscientia has entered into an oncology drug discovery partnership with GT Apeiron Therapeutics and Exscientia could become a shareholder in its partner. Earlier in the year, Exscientia raised $26 million and GT Apeiron's parent company invested as did another collaborator, Celgene. Although this is a small stake, it could be highly valuable for Frontier IP – house broker Allenby believes that it could be worth close to Frontier IP's market capitalisation.

The timing of gains is uncertain, but there is a lot to go for in the long-term.