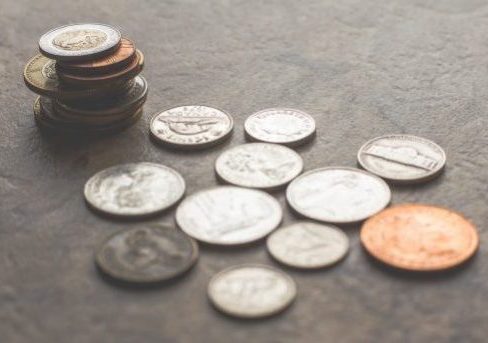 Here are nine AIM companies where share prices have fallen in 2019 and they are near to their low. Some are looking attractive and others are worth keeping an eye on. All are very speculative.

The Kromek (LSE:KMK) share price has bounced back following its annual results on Thursday, but the share price remains lower than at the start of the year. It is also just below the 25p placing and open offer price in February. That raised around £20 million after expenses, so the balance sheet is strong.

Kromek has developed a range of radiation detection and imaging products based on cadmium zinc telluride (CZT) technology. The company focuses on three sectors – medical imaging, nuclear detection and security. These are growing markets and Kromek has been winning multi-year contracts that underpin forecasts for the next couple of years and beyond. Order values for some existing contracts have subsequently been increased. Kromek moved into a new US factory last year and is increasing capacity in the UK.

Kromek still has some way to get to breakeven, which would require annual revenues of around £22 million, but it could be near to that in 2020-21. That could be achieved without making much of a dent on net cash of £16.4 million, which can be used to finance further expansion.

Totally (LSE:TLY) has completed the acquisition of Greenbrook for £11.5 million which will transform the business. This was funded by a share issue at 10p a share. The deal puts together the number one and two businesses supplying the NHS with unplanned care services. Greenbrook will be merged with Vocare, although it is more focused on London so there appears little overlap for what will become a national operation. Vocare has just won £4.2 million of contract extensions.

Vocare had to be sorted out by the group after its acquisition and this has held back progress. Greenbrook is already trading well and will make a 40-week contribution this year.

A small profit is expected in the year to March 2019 and pre-tax profit of £2.5 million is forecast for this year, rising to £4.4 million next year. That would put the shares on just over five times prospective 2020-21 earnings.

The share price reflects the past problems rather than the potential for the enlarged business. Further acquisitions can enhance prospects.

Digitalbox (LSE:DBOX) was a shell at the beginning of the year. The deal to acquire the Entertainment Daily digital publication was announced last year but completed in February. This is a profitable business and The Daily Mash satirical website has also been acquired.

The reversal price of 14p a share always looked a full one, but the subsequent decline in the share price has made the company more attractive. The management team has significant experience of the media and publishing world, particularly at EMAP, and they own more than one-quarter of the company. They plan further acquisitions, so the company could be very different in a couple of years.

Entertainment Daily has been trading well and the integration of the Daily Mash should yield additional benefits. These will show through over the next 12 months and should help the shares to recover.

Stirling Industries (LSE:STRL) is a shell that floated on AIM in March 2018. The company raised £8.88 million at 100p a share and the market capitalisation was £8.93 million. At the end of September 2018, the net asset value (NAV) – predominantly cash – was £7.34 million. More cash will have flowed out since then and the NAV will have fallen, but it is unlikely to have dipped below the current market capitalisation of £4.3 million.

This means that investors can buy cash at a discount and have the benefit of a management team that has experience of buying, building and selling on groups of businesses. They were involved in Melrose (LSE:MRO), which itself started out as an AIM shell and at one point got into the FTSE 100 index.

Stirling is seeking acquisitions in the building materials, manufacturing and engineering sectors. Deals could be valued at between £50 million and £750 million. Of course, there is no certainty that Stirling will find an appropriate deal, but there is potential. Share trading volumes are limited, though.

The share price of gaming machines technology supplier Quixant (LSE:QXT)was hit hard by disappointing trading last year. The likely second half weighting this year has also made investors concerned about the 2019 outturn.

The gaming machines market did weaken last year and Quixant is shedding lower margin business. Component shortages led to the need for increased stocks and working capital. There was a small 2019 profit forecast downgrade from $21 million to $20 million back in March, but a lower tax rate should offset that leaving earnings per share at 26.7 cents.

The core platforms and monitors businesses are growing as gaming machine manufacturers increasingly outsource production of these parts and there is longer-term potential from deregulation in Japan. Quixant is an international business and the market leader in regulated gaming machines with a 13% share. Cash generation is good.

Mereo BioPharma (LSE:MPH) completed its all-share merger with OncoMed Pharmaceuticals Inc on 24 April. This provided a Nasdaq listing for the combined business and following the merger there is £53.9 million in cash. There was also debt of £21.5 million at the end of last year. There is enough cash to get through to 2020, even though Celgene decided not to take a licence on one of the company’s treatments.

There are two treatments that could propel the share price upwards over the next year. BPS-804, or setrusumab, is a treatment for Osteogenesis Imperfecta and early data from a phase 2b study has shown improvements in bone density. The 12-month data for all the patients should be available by the end of 2019.

Data for the phase 2 study for the MPH-966 (alvelestat) treatment for severe Alpha-1 Antitrypsin Deficiency should also be available by the end of 2019.

A problem is that Neil Woodford owns 30.5% and what could happen to this may cause some uncertainty to potential investors. Novartis has increased its stake from 14.3% to 16% via conversion of a loan note at a premium to the market price. The directors have bought shares in recent months at double the current share price.

Argentina-focused oil and gas producer President Energy (LSE:PPC) has moved into profit and is cash generative, yet the share price has fallen this year. President is on track to achieve its production target of 4,900 barrels of oil equivalent per day at the end of 2019. However, work on oil wells has disrupted short-term production.

In the first five months of 2019, revenues are greater than $20 million and around $12 million of cash has been generated. Full year estimates have been downgraded but $27.9 million of cash is expected to be generated from operations.

There is a two-year capital investment programme of £50 million. Even so, net debt could be halved from $28.1 million to $14 million this year. There could be net cash by the end of 2020.

There is concern about the political risk of Argentina, but the share price fall has been overdone.

IQGeo (LSE:IQG) is the restructured Ubisense following the disposal of RTLS SmartSpace for up to £35 million. There is £28 million in the bank – compared with a market value of £33 million. A capital restructuring is being undertaken so that some of that cash can be returned to shareholders.
IQGeo is a geospatial software and services provider and the core customer base is large utilities and telecoms companies. The myWorld software enables collaboration between the various parts of these large businesses, which creates the information and geospatial data required to build up the visualisation of all the assets in the business and where they are sited.

It will take time to build up revenues from myWorld but the cash buffer will help. It is not known how much will be distributed to shareholders but undoubtedly a large proportion will be kept to finance working capital and the winning of contracts.

Facilities management and security services provider Mortice (LSE:MORT) is a profitable business. Most of business is in India, although the UK business has been built up. Profit growth has been hard to come by even though revenues have grown. The shares are trading on less than three times last year’s earnings, which seems an overreaction as the business is still making money.

Borrowings are a concern. Net debt was $20.1 million at the end of September 2018 and since then shares issued to the vendors of acquisitions have been bought back at a significant premium to the market price.

It is worth keeping an eye on the shares and looking out for the full-year figures, although there is a wide bid/offer spread of 7.5p/10p. That suggests a lack of interest in the company at the moment.