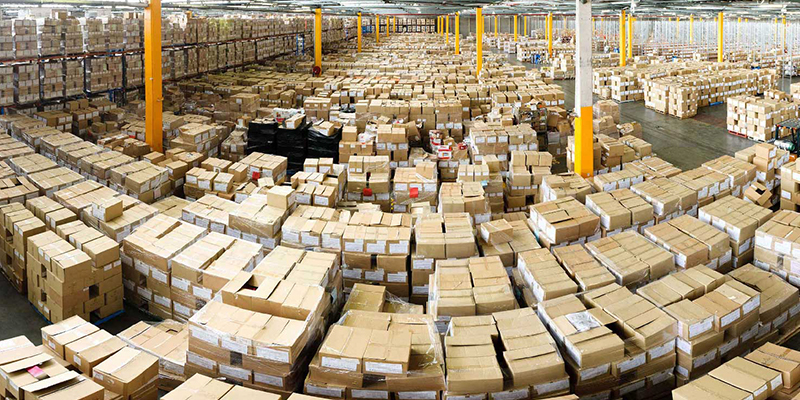 by
in Strategy Update
Comments

MySale Group plc (AIM: MYSL), a leading international online retailer, announces that the board of the Company has decided to commence a review of the Group’s options with a view to maximising value for its stakeholders.

The Strategic Review builds upon initiatives that have already been commenced by the Board in order to rationalise the business and implement a number of cost saving measures to improve business performance and strengthen the Group’s balance sheet.

As previously announced the Group has continued to experience challenging trading conditions in Australia, its largest market, primarily due to the market disruption caused by changes to GST regulation introduced in July 2018, exacerbated by the Group’s product mix, international cost base and inventory location. This has had and continues to have a negative impact on the Group’s financial performance with declines in revenue, gross profit and gross margin.

The Board has implemented a detailed action plan to address these challenges which is ongoing, focusing on its activities and opportunities in the Australia and New Zealand (“ANZ”) region through its ‘ANZ First’ strategy. These actions, which are outlined below are expected to deliver a material reduction in costs and deliver improved business performance in FY20, when the Group is expected to show improved profitability and be cash generative.

As part of its ‘ANZ First’ strategy, the Group is closing its UK and US operations and has disposed of its UK website, cocosa.co.uk to Brandalley UK Limited, as announced in May.  Additionally, the Group is streamlining its supply chain to ANZ and South East Asia (”SEA”) with international suppliers bulk shipping product to the Australian distribution centre where it is then shipped direct to customers, thereby delivering freight savings and operational leverage to the Group.

Over the last two years the Group has made a significant investment in developing its own proprietary marketplace platform which provides customers with a consistent, personalised shopping experience across all websites and channels.

The platform provides significant scalability allowing over 100,000 new products to be launched each day and a single, live view of millions of SKU’s in multiple stock locations.

The advanced capabilities of the platform are being used to successfully create revenue opportunities and operational efficiencies.

Revenue opportunities are being created with functionality such as the Select programme (membership of which provides customers with a number of exclusive benefits and access to discounted delivery packages), which has been shown to strengthen customer engagement and increase frequency.

Accelerated operational efficiencies have been unlocked in areas such as buying and merchandising where significant automation of processes has reduced the headcount in key departments and supported centralisation of functions.

The Group has a significant customer base within the ANZ and SEA regions with approximately 780,000 active customers in the last 12 months and over 3.6 million historical customers.  The Group remains focussed on accelerating the growth of its marketplace platform and expanding the supplier base, whilst also maintaining focus on its key strategic US and UK brand partners.

The marketplace platform development included the creation of Ourpay, a proprietary buy now, pay later solution, which has been developed further during the current year. Ourpay has continued to prove very effective and attractive to customers and has now been used by more than 180,000 customers, representing in excess of 20% of transaction volumes.

The Group is planning to launch MySale Marketing Services in Q1 2020. These initiatives will generate advertising and subscription revenues and leverage data insights from the Group’s technology platform and monetise the ANZ and SEA websites by delivering additional commercial revenues.

The Group has continued to experience challenging trading conditions in Australia, its largest market, as previously announced and primarily due to the market disruption caused by changes to GST regulation introduced in July 2018, exacerbated by the Group’s product mix and inventory location. This has had, and continues to have, a negative impact on the Group’s financial performance with declines in revenue, gross profit and gross margin.

The Group’s detailed action plan to address these challenges is ongoing, focusing on its activities and opportunities in the ANZ region through its ‘ANZ First’ strategy. These actions, including the sale of the UK website and closure of UK and USA offices, are delivering significant cost savings, which will support improved financial performance in the future.  However the operational disruption of this significant restructuring is in itself having some temporary negative effect on the group’s trading performance.

Further to an internal review the Board has ascertained the FY19 financial statements are to include a one off accounting charge of A$1.96m in relation to an asset that is no longer deemed recoverable. This accounting adjustment has no impact on the Group’s current or forecast cash balance.

As a result of the restructuring initiatives and the cost savings the Group’s marketplace platform has unlocked, it is anticipated that the Group’s underlying operating expenses will be significantly reduced, from A$74 million in FY18 to approximately A$35 million on an annualised basis.

The reconfigured group will have materially lower costs and be able to deliver improved business performance in FY20, when the Group is expected to show improved profitability and to be cash generative.

The Group’s net debt at 31 May 2019 was A$15.4 million with total available facilities of A$19.7 million. The Group continues to operate within its existing banking facilities, the majority of which are repayable on demand, and is in discussions with its bank who have indicated that they are supportive of the Strategic Review.  However, given the market challenges that the Group continues to face and the reduction in financial performance, it is possible that additional funding may be required in the short term to support the restructuring and cost reduction initiatives being undertaken and ongoing working capital requirements of the Company.

Following this announcement, the Company is now considered to be in an “offer period” as defined in the Takeover Code, and the dealing disclosure requirements listed below will apply.

Parties with an interest in making a proposal for the Group or its assets should contact N+1 Singer through the contact details set out below. It is currently expected that any interested parties interested in participating in the formal sale process will, at the appropriate time, enter into a non-disclosure agreement with the Company on terms satisfactory to the Board and on the same terms, in all material respects, as other interested parties. The Group then intends to provide such interested parties with certain information on the business, following which interested parties shall be invited to submit their proposals to N+1 Singer. The Group will update the market in due course regarding timings for the formal sale process as agreed with the Panel. There can be no certainty that any offer will be made, nor as to the terms on which any offer will be made. The Group is not currently in any discussions with any potential offeror relating to an acquisition of the issued and to be issued share capital of the Group.

A copy of this announcement is also available on MySale’s website at www.mysalegroup.com