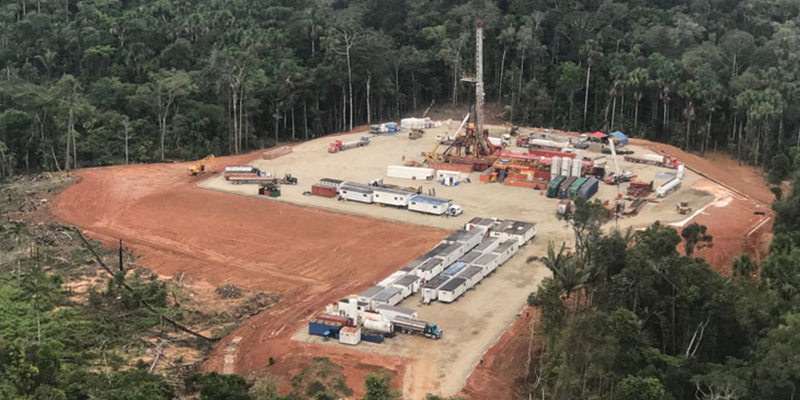 Amerisur Resources, the oil and gas producer and explorer focused on South America, is pleased to provide the following update on its operations in Colombia and Paraguay.

Colombia
In the Platanillo block, Amerisur announces that the civil engineering and construction of appropriate road infrastructure to the southern sector of the field has enjoyed good progress and is almost complete. Also, the Company is in the final stages of negotiating a rig contract with an established Colombian Drilling Contractor for the upcoming six well Platanillo drilling campaign, with operations on track to spud the first well in March 2012.  The six wells will be drilled from two well locations from which each will drill a vertical well and two offset wells. The contract is for a minimum of two wells and can be extended beyond the six wells in the current plan. The drilling campaign is targeting a production uplift to 5,000 BOPD by the end of 2012.

The commercial agreement with Reto Petroleum regarding a farm-in of the Fenix block remains a potential option, however Reto Petroleum does not have exclusivity and the Company is reviewing other approaches from industry partners.

Paraguay
Amerisur also announces the approval of two of the three new licences within the Piriti and Pilar sedimentary basins in Paraguay whose applications were announced on 19 December 2011. The third is currently under review by the Paraguayan authorities. These areas were defined on the basis of new analysis which was prompted and supported by the positive results seen in the San Pedro Aeromagnetic and Gravity studies. The approved blocks are named Las Palmas and Coronillo, have extensions of 2,400,000 and 402,000 hectares respectively. The result of the third application, Espartillar, over 2,400,000 hectares is expected to be known before the end of February 2012.

John Wardle said:"I am pleased with the progress made to date in 2012.  The principal focus for the first half will be on the drilling campaign in Platanillo, however important developments are being made within other areas of the portfolio."