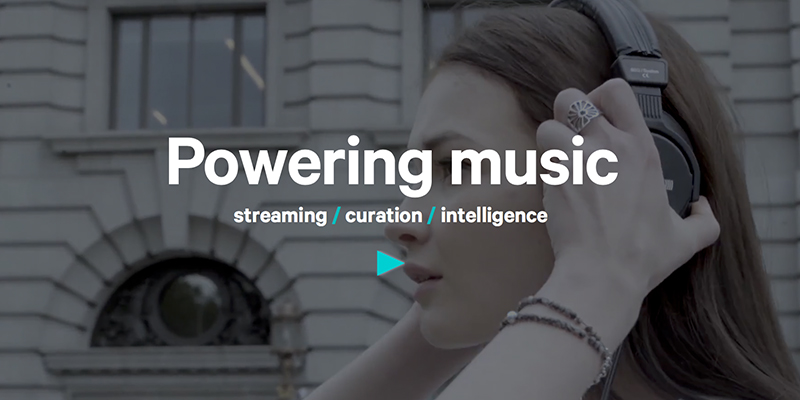 by
in Market News, Results
Comments

7digital Group plc (AIM: 7DIG), the global leader in B2B digital music solutions, is pleased to announce a positive start to its 2018 financial year. Trading in the first quarter (“Q1”) matched the company’s expectations, with turnover slightly ahead of budget. Altogether, contracts with a lifetime value of £2.3m were agreed in Q1; the impact of these contracts commencing contributed to total licensing revenues for Q1 of £3.6m; this compares with total licensing revenues of £1.6m in Q1 2017.

Amongst the contract wins and service launches in Q1 were deals with a leading music service for retail, a new live music experience company, and another China-based social network following on from the Company’s existing contract with musical.ly.

The transition of music provided in the retail and hospitality industry to digital is part of the mass market adoption of digital anticipated in 7digital’s strategy. The new client, who cannot be named for reasons of commercial confidentiality, is a market leader in this field, providing music in venues and commercial outlets throughout the world. The contract has involved a significant setup fee and ongoing monthly recurring revenues which will grow as new territories are launched. To date, the service has been rolled out using the 7digital platform in 31 territories.

Another part of the industry where innovative new digital services are emerging is live music. One of the Company’s new contracts is with the creators of a proprietary hardware and accompanying app, whose mission is to offer live music digitally immediately after concerts. This new technology has received significant investment and will be announced publicly in the coming weeks.

Existing digital markets continue to show growth and the Company has signed a two year deal with a new Chinese company in the rapidly expanding field of “social video” where users create their own videos based on popular hits. 7digital has had a contract with the market leader in this sector – musical.ly – for some two years and is now seeing the market grow. The new customer will initially launch its service in two territories.

7digital will provide the respective clients with access to music and technology and all three deals will contribute to 7digital’s revenues for 2018 and beyond.

The Company’s relationship with major label Universal Music Group has also deepened through a partnership in which 7digital provides access to music for a recently-announced initiative designed to foster innovation in the music industry. Capitol Music Group (CMG), a division of Universal Music Group (UMG), has launched the Capitol Innovation Center, which is based in the iconic Capitol Tower and the company’s state-of-the-art Studios in Hollywood.

New US Advisory Board

7digital is also pleased to announce that it has established an Advisory Board to support the Group’s US operations, particularly regarding strategic guidance and corporate partnership support. John Batter, former CEO of Gracenote and responsible for driving that company’s sale to Nielsen, has been appointed to the position of Chair of the US Advisory Board. John Batter has also held senior roles at media companies DreamWorks Animation (President of Production), EA Mobile (General Manager) and M-GO (CEO & Director), and serves as advisor with investment management firm Shamrock Capital Advisors.

7digital will be announcing its Preliminary results for the year ended 31 December 2017 at the end of May 2018.

Simon Cole, CEO of 7digital, commented: “This is a very strong start to the New Year for us as we track towards profitability for the full year and complete the integration of our 24-7 acquisition last year. Whilst issues of commercial confidentiality will always prevent us, before services are launched, from revealing the identities of many of our new clients, I am pleased to see the global scale of the business we are winning continuing to grow and that the clients we are winning now are in the business of delivering digital music to the mass market in all sorts of innovative ways.

We see much of our future growth coming from the Americas and I am pleased today to be able to announce John Batter’s appointment to lead our new Advisory Board there; his contacts and senior guidance to our team will be important as we target significant US clients.”